zLabs researchers have uncovered a new variant of the MobOk campaign. The samples found evaded detection by AV vendors for months. Zimperium worked with Google to ensure removal from the Play Store.

MobOk –  an Android malware campaign detected for the first time around June 2019 –  has constantly evolved to achieve total evasion of detection by the mobile AV industry.

Upon investigation, we concluded the samples are improved variants of the MobOk campaign, many of which remained undetected by the anti-malware industry for months as can be seen with the VirusTotal coverage below.

These new variants make use of the Tencent packer to hinder a plain static analysis and an improved native library containing the bulk of the malicious code. The Tencent packer decrypts some files from the assets at runtime and rebuilds a dex file that is then dynamically executed. For further investigation, our researchers dumped the dex files loaded at runtime and verified their maliciousness.

After installation, the first launch of the application displays the following screen, asking access to the notifications permission.

After granting access to the notifications, the application exits immediately when launched a second time. A subsequent launch will finally load the malicious dex payload and start the communication with the command and control server.

The malware makes a POST request to a malicious URL that varies from sample to sample (e.g. http[:]//ww[.]uyt1[.]de) with an encoded JSON payload having fingerprinting information about the device, such as: IMEI, IMSI, model and network configurations.

In order to get the Accessibility Service permissions, the malware displays the following popup. When clicking the “OK” button the malware will open the below Accessibility settings “solemnly promising” about its legitimacy and asking the user to ignore those “nasty” privacy warnings.

These samples are very interesting because they use two simple, yet effective, techniques to evade detection by AV solutions:

The malicious dex file embeds the following code to turn off the Wi-Fi and connect to the mobile network in order to be able to charge for premium mobile services.

The subscription to such services often requires a verification of the request either by using 2FA or Image-based CAPTCHA, specifically meant to thwart the usage of automated scripts. However MobOk is ingeniously capable of bypassing both the mentioned mechanisms.

To bypass the usage of the 2FA, it takes advantage of the notification access to steal the received SMS messages, post them to one of the C&C servers and further process them as needed, as shown below.

To bypass the Image-based CAPTCHAS, MobOk takes advantage of the advancements in the accuracy of image recognition services. In fact the analyzed samples send the captcha image to an external service using the uploadFile functionality, as can be seen in the image below.

Fortunately the file upload feature doesn’t seem to have been abused to steal any sensitive files on demand from the C&C, but strictly in order to upload the CAPTCHA image files.

Some of these pieces of information are also used to aid the clicking functionality that abuses the Accessibility Service permissions.

The usage of the Accessibility Service permissions by the malware relies heavily on the embedded native library named libfs.so (of which more or less feature-rich versions have been spotted in the analyzed samples). In fact, several JNI methods, part of the Java_com_flurry_sdk_zz_ namespace, are exposed to the Java side. Some of them use AES256 encryption (with the hardcoded key xS544RXNm0P4JVLHIEsTqJNzDbZhiLjk) to decrypt a set of sensitive strings that are then going to be used at runtime by the malicious code.

As previously stated, the MobOk samples have been evolving over the past few months, and that can be clearly noticed by the amount of core functionalities that have been shifted from the Java-land to the native-land.

As a matter of fact, the newest samples moved the majority of the Accessibility Services and Intent spawning code to be implemented by the JNI methods and proceeded to encrypt all the sensitive strings too.

The list of decrypted strings for one of the samples that we analyzed is listed below:

To the attentive eye it’s clear those integer values have something interesting to tell, and in fact can be matched to their WindowManager.LayoutParams flags counterparts:

In the analyzed malware samples, the JNI methods were responsible for:

The newest capability in the list is of particular interest because we noticed some samples immediately try to install a companion malicious application from the Google Play Store (10.000+ installations) by abusing the crafted Intents and the Accessibility Service API to hide the action from the user’s sight, as can be seen in the following screenshots.

On the self-defense side we find that once again the malware abuses the Accessibility Service API to hinder its uninstallation by pressing the Home button if the option to uninstall the application is detected on the device screen. 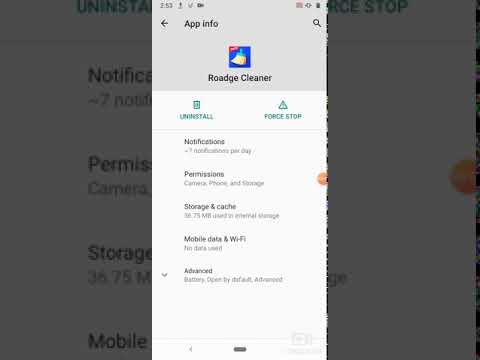 To sum up, the MobOk samples are capable of the following:

Special thanks to the entire Zimperium zLabs malware research team for their contributions to the analysis and this post and in particular, Matteo Favaro and Alex Calleja. You can follow me on Twitter.