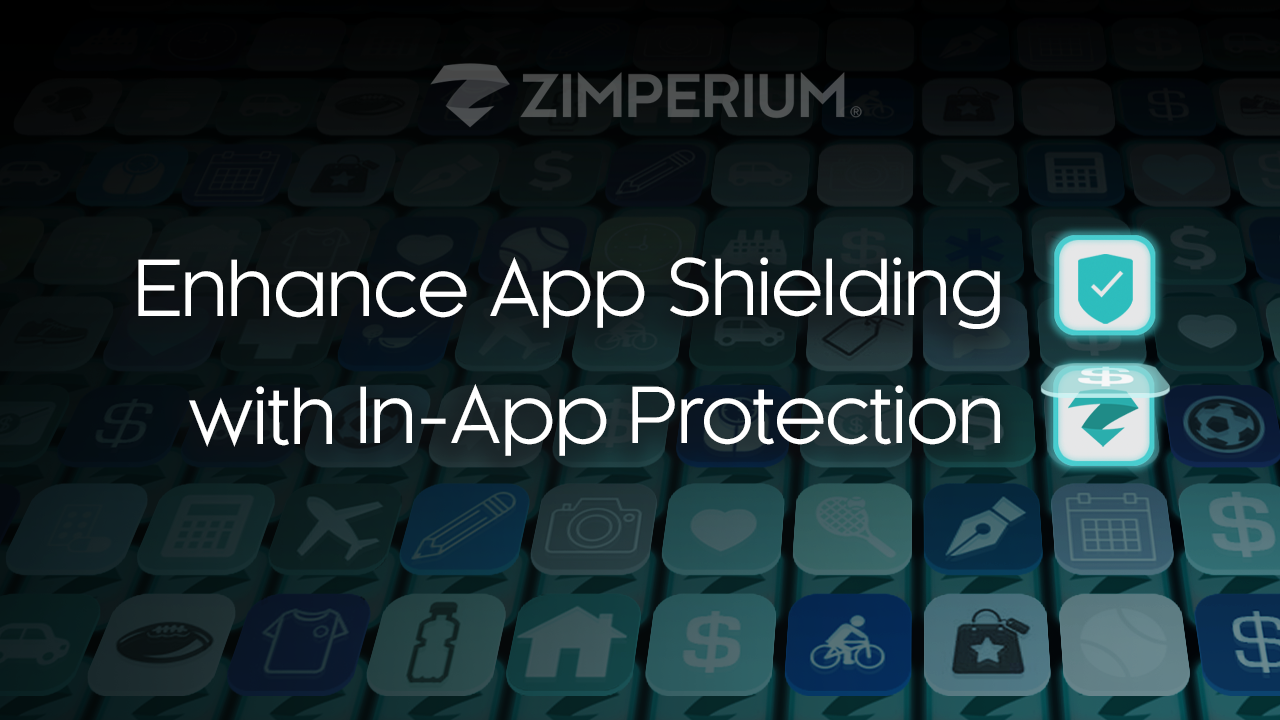 Mobile devices and the apps operating on them expose your backend systems to cyberattacks. Attackers exploit vulnerabilities in mobile operating systems and in your apps to spy on your users, grab their private data, or even steal their money. In response, many mobile app developers are using app shielding, sometimes called “app hardening,” to protect intellectual property and reduce the chances of reverse engineering an app.

App hardening or app shielding are important to prevent reverse engineering, but will not detect a real-time cyberattack in the environment your app is running on a risky mobile device. Mobile apps need additional in-app protection to protect against attacks to your applications from exploits and fraud.

According to Gartner’s “Market Guide for In-App Protection” by Dionisio Zumerle and Manjunath Bhat, July 3, 2019, “The in-app protection market refers to security solutions implemented within the application (instead of the network or the operating system, for example) to make the application more resistant to attacks such as malicious data exfiltration, intrusion, tampering and reverse engineering. Enterprises use in-app protection to safeguard their software-based assets, and to protect their organization and customers from fraudulent attacks.”

Financial, healthcare, and, civic service apps containing personally identifiable information and intellectual property should implement both app shielding and in-app protection. Here, I’ll describe the cases for each and provide example apps implementing in-app protection and what data they are protecting.

What is app shielding?

Application shielding is a set of technologies that modify and obfuscate an application’s binary code. App shielding makes an application more tamper-resistant, protecting against intellectual property theft, piracy, and vulnerability discovery by reverse engineering, and unauthorized access. It creates a more resilient app making it more difficult to reverse engineer by obfuscating and encrypting the binary code.

What is in-app protection?

In-app protection differs from app shielding in that it detects real-time malware, network, and operating system attacks from inside the app. Mobile threat defense technology is placed inside a mobile application to detect and remediate threats to the app and the device.

In-app protection protects your backend systems from being compromised by mobile malware or vulnerable mobile devices your users may be carrying. While you cannot control your mobile users’ device health, you can limit the devices from communicating with you if you detect malware, risky configurations, or network attacks on your users’ mobile devices.

Some of the real-time threat data in-app protection provides you in addition to jailbreak and emulator detection include:

What is the difference between app shielding and in-app protection?

App shielding and in-app protection are complementary. In many instances, for comprehensive risk reduction you should use both technologies in your mobile app for resiliency and to obtain mobile attack data. Deciding on which depends on what your application does and what type of information it stores and transacts with regularly.

Mobile development teams invest many hours in designing and building intuitive mobile apps. Many perform standard security checks and try to follow good coding practice. However, it’s also critically important to secure the application during runtime. Mobile apps rely on the OS to provide a secure foundation to operate correctly. If a device is compromised, the entire security foundation of the mobile app is compromised as well.

How vulnerable are the operating systems?

Mobile app developers rely on the underlying operating systems for security. However, while the mobile operating systems themselves are hardened to protect against attacks, they are not foolproof. Thousands of new vulnerabilities are discovered each year. Researchers and malicious actors alike continually test both Android and iOS looking for vulnerabilities through bug bounty programs, internal research, or to sell zero-days to the highest bidder. A remotely delivered persistent exploit on iOS can fetch up to $2M for an enterprising researcher.

Even if patches for all of the vulnerabilities were delivered in record time, users also have to upgrade their devices to up their security. Relying on a consumer to patch, especially given the number of devices that are so old they cannot be upgraded any longer, is quite a gamble.

Why do you need it?

If you are following the OWASP Mobile Top 10, you most likely are already implementing app shielding and hardening procedures and tools. OWASP suggests you implement controls for authentication, data storage, cryptography, and reverse engineering. However, there is often room for significant improvement in mobile security and app hardening.

Zimperium previously inspected apps from the banking, travel, and retail sectors for security, privacy, and regulatory issues including the OWASP Mobile Top 10. We found most of the apps failed reverse engineering checks. Reverse engineering an app enables attackers to discover vulnerabilities and communication methods. One of the most notable examples of failing to implement hardening correctly and revealing weaknesses via a mobile app is Tesco bank.

Vulnerabilities in the bank’s mobile applications left the door open for cybercriminals to brute force their way in to steal deposits. Many of the affected accounts were not mobile banking customers, however, the theft initiated from a poorly secured mobile app.

You may also need to implement in-app protection to comply with specific regulations and policies. There are mandates in PSD2 requiring mobile app developers to be able to detect third-party manipulations and to implement separate environments for authentication. GDPR and the California Consumer Privacy Act also enforce data privacy and the ability to remove private data. Other mandates like PCI DSS and HIPAA seek to reduce fraud in the payment and healthcare industries.

What happens when you install in-app protection in a mobile app?

A global bank recognized it had millions of customers and hundreds of thousands of employees connecting to its backend systems via fifty different enterprise and consumer mobile apps. This bank’s IT staff realized it was unable to determine the health of its customers’ or employees’ devices interacting with bank systems. This bank found it necessary to gain visibility into risks associated with mobile devices interacting with its systems.

This US bank then conducted an exhaustive search and tested every mobile security solution available. The team unanimously chose Zimperium to secure its employee devices, consumer banking, and internal employee mobile apps. Zimperium’s flexibility to support multiple EMMs, clouds, and devices proved Zimperium was the most enterprise-capable mobile security partner.

Before deployment, the bank lacked risk intelligence from customer devices. Now, it finally has data to pinpoint mobile banking fraud attributable to compromised devices or networks.

Immediately following the app update, consumers began conducting mobile banking transactions with the cyber protected app. The data surprised bank officials. The health of its customers’ mobile devices (and the networks they were connecting to) was alarming.

In the first 30 days, the bank recorded nearly a million threats to its customers’ mobile devices. Threat data is recorded only when the banking app is open. If the app is closed, the bank doesn’t receive threat data from users since the sessions in other apps don’t pose a fraud risk to the bank.

The bank now has actionable data on how to prevent fraud via its mobile channels on more than $1.1B. All of this was made possible by updating an existing app with a mobile threat defense SDK that took less than 10 minutes to configure.

For more information on how to build secure apps, obfuscate its code, or enable in-app protection, please contact us for a customized evaluation.

When to Use In-App Protection

Financial Apps Are Not As Safe As You Think